Why Do I Need a Professional Clean Up After Death Service? 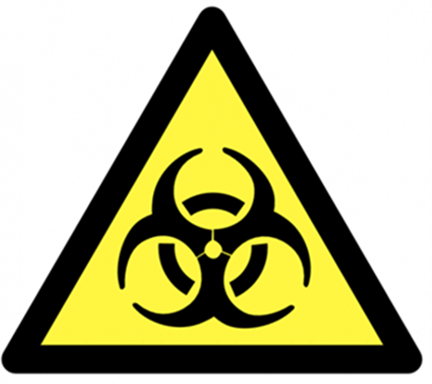 We are often called out to carry out our clean up after death service for a variety of reasons; accident, homicide, natural causes and suicide are among the usual circumstances.  The phrase unattended death refers to a death in which a body is not found for days, weeks or in some cases months… (potentially years). Unattended deaths happen most commonly with the elderly, especially if they live alone and do not have family of friends that check on them regularly.

In the case of an unattended death, the remains of the deceased person often are not discovered until the body is in the active decay stage or beyond. By the time the body is at this stage, dangerous pathogens have been released in the form of liquids, solids, and gases. In other words, the site of the unattended death has become hazardous because of the decomposition process.

Biohazards include pathogenic microorganisms that present a potentially serious health risk to individuals and harm to the environment at large. Biohazards are prevalent because of the decomposition process, however, the individual concerned may have already been ill and had biohazardous pathogens in his or her system. These can exist as the result of a bloodborne disease of other medical conditions. These pathogens can spread to others through contact with blood and other bodily fluids.

An untrained property owner or family member should not undertake a decomposition clean up after an unattended death. Rather, a professional biohazard remediation service should be engaged. Moreover, if a loved one was lost in this manner, enduring the emotional trauma of this type of clean up is not advisable.  An unexpected loss is not something a family can prepare for emotionally, and it comes with some difficult realities in cleaning up the affected areas. It is not safe to simply scrub floors or throw away items that have been affected.

The clean up after death process should start as quickly as possible. The biological discharges associated with decomposition can cause permanent damage to the directly affected area and environment.

Examples of viruses and bacteria that can be conveyed via human blood and other bodily fluids include:  Hepatitis B, Hepatitis C, HIV and MRSA.   A biological agent is a micro-organism, including those that have been genetically modified, a cell culture and a human endoparasite, which may be able to provoke any infection, allergy, or toxicity to humans.

Our professional staff use the correct personal protective equipment and required medical grade chemicals to carry out a clean up after death to minimise any risks involved.

The clean up after death services includes:

Any porous material, including wood, carpet, plasterboard, or concrete will absorb potential biohazardous substances. As a result, you should never attempt to clean porous materials. A bioremediation company can properly dispose of these items as even the smallest amount of biological material left untreated can make a residence unliveable.

Merely eliminating biohazardous materials like blood and bodily fluids are not enough to render a site where an unattended death occurred liveable. The contaminated areas must be sanitised as well.  A professional unattended death clean up service has access to the chemicals and products necessary to effectively sanitise a contaminated scene.

Due to the nature of an unattended death, and the amount of time that typically lapses following that death, deodorisation of the premises is the vital step of the clean up after death process. Commercial deodorisation chemicals are necessary to thoroughly eradicate any odours.